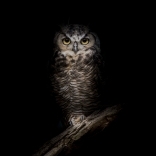 One Simple Thing: Turn Down the Lights

When it comes to helping pollinators and wildlife, you don’t have to buy plants or dig a garden. Anyone can help when they adopt some of the ideas put forward by the International Dark-Sky Association (IDA). Better yet, we can all petition our cities and towns to do the same. 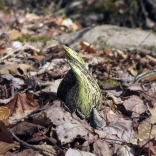 Who'd have thought the growing season, and pollinator season, of southern New England starts this early? But it does. 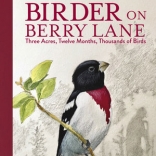 A long time ago, I saw a tag on a teabag that read, “Calming tea for a nervous world.” I don’t know who wrote that line, but I never forgot it.

I’ve been drinking a lot of tea lately. Luckily I’ve also found a local podcaster, a regional blog, and a book about a neighboring town that help keep me grounded in the workings of the natural world. 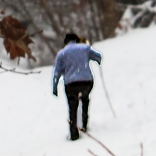 During the Pandemic, More People Are Walking in the Woods

According to the Connecticut Trail Census, our small state has more than 2,000 miles of recreational trails. Those are a lot of miles but, until a few years ago, no one was counting trail usage within the state. 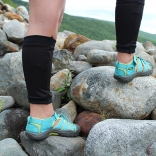 How to Leave Those Ticks in the Woods

It’s a sunny 40 degrees outdoors. You decide to take a walk in the woods. It’s winter. Does that guarantee a tick-free walk? 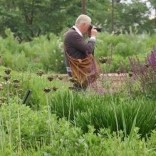 A Night at the Nature Movies

In search of a good documentary, something that both teaches and entertains? I recently reviewed four that I consider well worth the time of anyone interested in plants, landscapes, nature, and ecology. 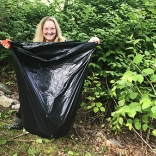 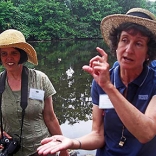 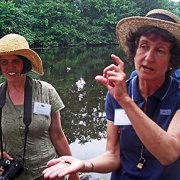 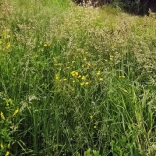 Plant Blindness, a Mower, and One Unfortunate Afternoon

After almost three years of planning and planting, the meadow was coming into its own. The grasses were finally tall and healthy. Flowering plants lit up the field. As a finishing touch, an inviting new walking path had just been created. 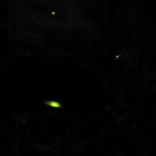 Where did all the fireflies go?

Fireflies, a.k.a. lightning bugs, were a big event at Fourth of July picnics during my western Pennsylvania childhood. Our pack of cousins and siblings ran and yelped through the swarms after dark. Fireflies don’t bite, sting, or make noise, so no one stopped us from chasing the tiny lights while adults picked up the day’s picnic and packed the family automobiles.