Sow the Seeds of Next Year's Meadow in the Fall

If my experience is an indication, a number of communities are considering wildflower meadows for sections of their parks and open spaces. The benefits are several. They provide habitat for birds, bees, butterflies and more. They stabilize soil and, if left undisturbed, sequester carbon. Public meadows provide a demonstration of good practices, in many cases providing cover in areas hard to grow. They delight people with their colors and variety during the flowering season. And, not least, they give town maintenance crews one less weekly mowing job—and reduce carbon emissions at the same time. 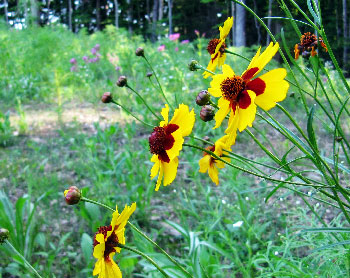 This article first appeared in the Fall edition of The Habitat, quarterly newsletter of the Connecticut Association of Conservation and Inland Wetland Commissions.